How to get out of debt quickly

Whatever the reason you have debt, whether it’s unexpected bills, medical issues, job loss or  overspending, many of us struggle to know how to pay it back in the best way possible.

It can feel overwhelming or impossible to take back control, especially if your debt has built up into a scary number. But it’s important to sort it out, otherwise, you could spiral into a worse situation, especially if another unexpected event happens in the future.

Debt reduction begins with a decision to be honest with yourself about your current financial situation, and commit to making changes so you can have a more positive future. The key to improving your situation is by working out a strategy to repay the most important debts first.

We'll show you methods that create a schedule to cut problem debt first, enabling you to calmly reduce the overall impact and cost faster.

Freeze your credit card, give it to your partner or even your parents, lock it in a drawer – whatever it takes to ensure that you’re not still adding to your total debt amount. You’re going to keep treading water if you’re still adding to your debt while also trying to pay it off.

Determine where you are

Let’s drill down a bit into what to do if you have multiple debts. Having debts from different sources can feel overwhelming but the impact of some debt is more serious than others.  Use our helpful Debt Prioritisation template to write out all your debts: Who do you owe, how much do you owe, what’s the minimum monthly payment and what’s the APR (Annual Percentage Rate) that you’re being charged?

Firstly, you need to make sure you’re repaying at least the minimum on all of your debts, otherwise, you’ll get late fees and lower your credit score. If you don’t think you can make the minimum payments on all debts, even after budgeting and cutting costs, then seek help from a debt management charity like Stepchange, Payplan, Money Advice Service or Citizens Advice Bureau and prioritise those debts with the most serious consequences.

If you’re making minimum payments on your debts, you then need to try and find some money that you can use to make extra repayments. There are two approaches that often get talked about when repaying debt – snowball or avalanche.

The Snowball method centres on creating momentum and motivation. With the list of debts that you’ve now written out, pay the minimum amount on every debt besides the smallest one. For the smallest debt, try to put as much extra money as possible towards it. Once you pay off the smallest debt, roll up what you were paying on that one and put it into the next largest debt. And so on, and so on until you're all finished!

In the example below, someone is paying £290 each month for minimum payments on their debt. If they had an extra £20 to use for debt repayments, the Snowball method says they should put this towards their overdraft. When they’ve paid this off, they can then put the £35 they were paying to their overdraft to help pay back their personal loan.

The Avalanche Method focuses on paying off the most expensive debt first. With this method, pay the minimum payment on all debts. Then throw as much money as you can at the highest interest debt and once you have that paid off, move to the next one.

Going back to our example, the Avalanche method says this person should put their extra £20 towards their credit card. Although it will take longer to get rid of the credit card debt than it would to get rid of their overdraft in the Snowball method, they will save money overall by not paying the high interest.

If you have high interest debts that might take you longer to repay, you could save money and repay the debt faster by replacing those debts with a lower interest alternative. Check to see if Salary Finance could help you lower the cost of existing debts with a salary linked loan by visiting here.

Choose what’s best for you

Which debt repayment approach is best for you depends on what will keep you motivated. The most important thing is that you commit to paying off the debt and putting in as much extra money as possible to help boost your repayment timeline.

Help is available. Read this article if you’re struggling.

How to tackle expensive debt
https://www.salaryfinance.com/uk/ 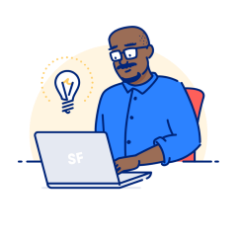 Our newsletters bring you the latest articles to help you improve your financial wellbeing.

If you want to consent to receiving our newsletter please enter your email below to subscribe. If at any point you want to withdraw your consent please email hello@salaryfinance.com. For more information about how we use your personal data see our privacy notice.